On the right opens the main entrance of the palace

Be the first one to rate! Submit Review
On the right opens the main entrance of the palace, large stone gatehouse yellow glazed roof tiles. The current Dar el Makhzen, built in 1864 on the site of a palace of the late 18th century, was considerably enlarged until recent years. Inside the palace fall courses and Andalusian patios around which are the Royal Cabinet, the Department of Protocol and Royal House and the Prime Minister. Cross the paved esplanade. On the left stands the Mosque Ahl Fas where King sometimes went to great procession. Friday from 12 h30 to 13 h. Exit through a door méchouar after which you turn right on Avenue Yacoub el Mansour. Bab Zaers cross and follow the small road (hence, very discreetly, at the roundabout) that goes to the speaker Chellah. 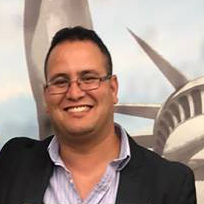